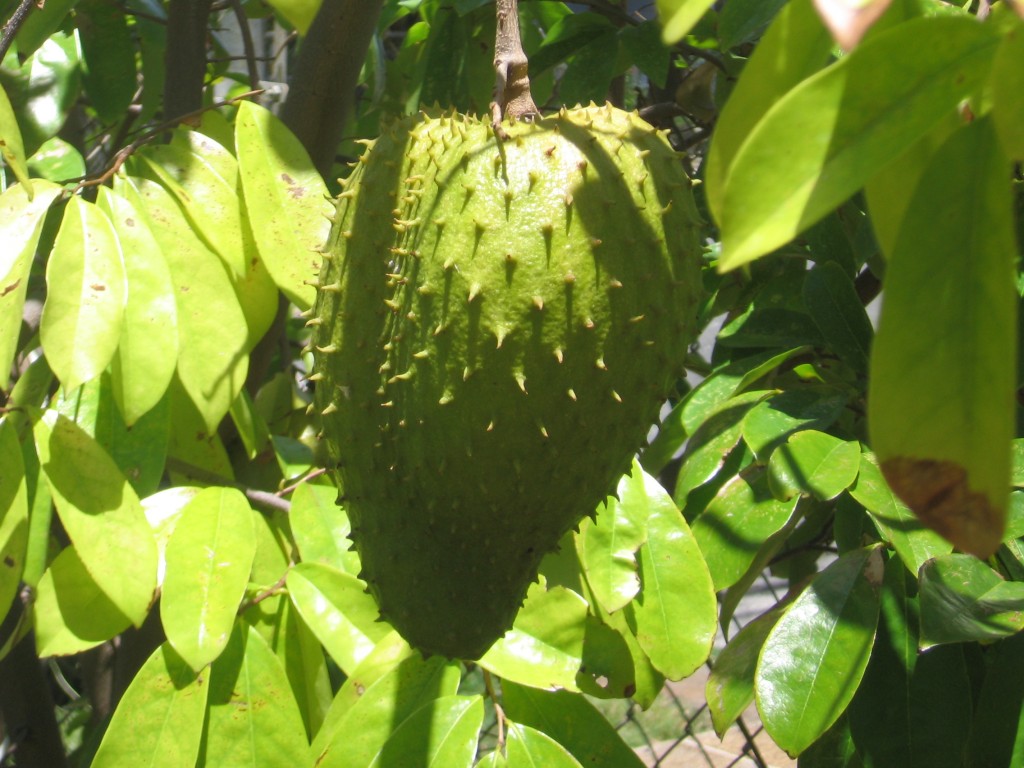 The Guyabano tree, its fruit, leaves, stem, bark may be a natural cancer cell killer.

A scientific research published in the Journal of Natural Products in 1996, stated that the bioactivity-directed fractionation of the seed resulted in the isolation of a new compound (cis-annonacin) that is selectively cytotoxic to colon adenocarcinoma cells (HT-29) in which it was far more potent than Adriamycin.

Protect your immune system and avoid deadly infections. Feel stronger and healthier throughout the course of the treatment. Boost your energy and improve your outlook on life.

The source of this information is just as stunning.

Extracts from the tree were shown to: Effectively target and kill malignant cells in 12 types of cancer, including colon, breast, prostate, lung and pancreatic cancer.

What’s more, unlike chemotherapy, laboratory tests shows that the compound extracted from the Guyabano tree selectively hunts down and kills only cancer cells. It does not harm healthy cells! Various parts of the tree–including the bark, leaves, roots, fruit and fruit-seeds–have been used for centuries by medicine men and native Indians in South America to treat heart disease, asthma, liver problems and arthritis.

The results showed that Guyabano’s “leaves and stems were found effective in attacking and destroying malignant cells.

In many independent laboratory tests has proven that Guyabano may be a potent cancer killer.

The most significant part of the report is that Guyabano (Annona Muricata) was shown to selectively target the cancer cells, leaving healthy cells untouched. Unlike chemotherapy, which indiscriminately targets all actively reproducing cells (such as stomach and hair cells), causing the often devastating side effects of nausea and hair loss in cancer patients.

A study at Purdue University found that the leaves from the Guyabano tree killed cancer cells among six human cell lines and were especially effective against prostate, pancreatic and lung cancers.